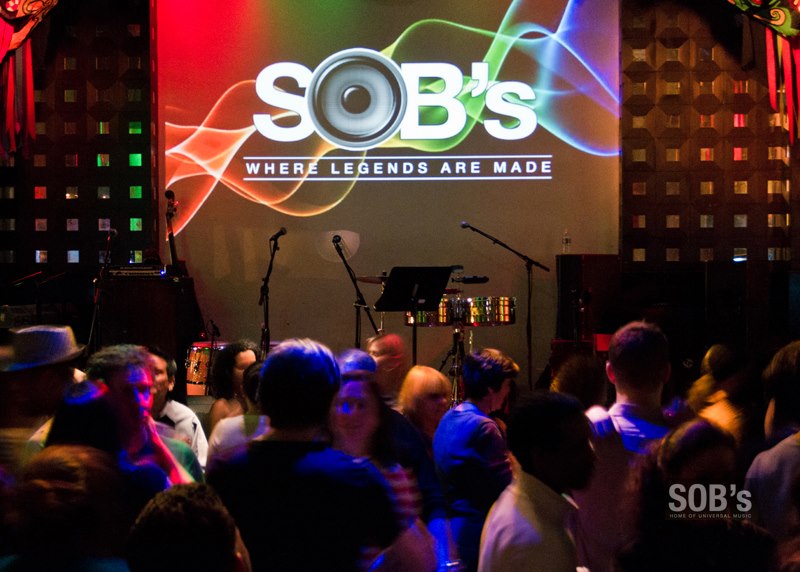 S.O.B.’s, also known as Sounds of Brazil, is a legendary live music venue in the lower Manhattan neighborhood of SoHo.

It was opened by owner and director Larry Gold in June 1982. Gold opened the venue with the purpose of exposing the musical wealth and heritage of the Afro-Latino Diaspora to as many people as possible. True to its mission, it has become renowned as the premiere venue not only for World Music, but all genres, in New York City and the world over.

Latin legends like Tito Puente, Marc Anthony, Celia Cruz and Eddie Palmieri were some of the first to hit the stage, but contemporary superstars like Drake, Kanye West, Kendrick Lamar, Jill Scott, Justin Timberlake and more have all graced the SOBs stage. Outside of Latin, Hip-Hop, Haitian, Caribbean, and world music, SOBs has also consistently booked alternative acts like Boy Pablo, Red Jumpsuit Apparatus, and Icon for Hire.

Emerging artists and industry veterans alike love the opportunity to connect with their fans on a personal level in the intimacy of the room. Today the SOBs draws both local and international crowds and continues to specialize in Latin music, R&B, Hip-Hop, Haitian, Brazilian, Caribbean, Alternative, and World music.