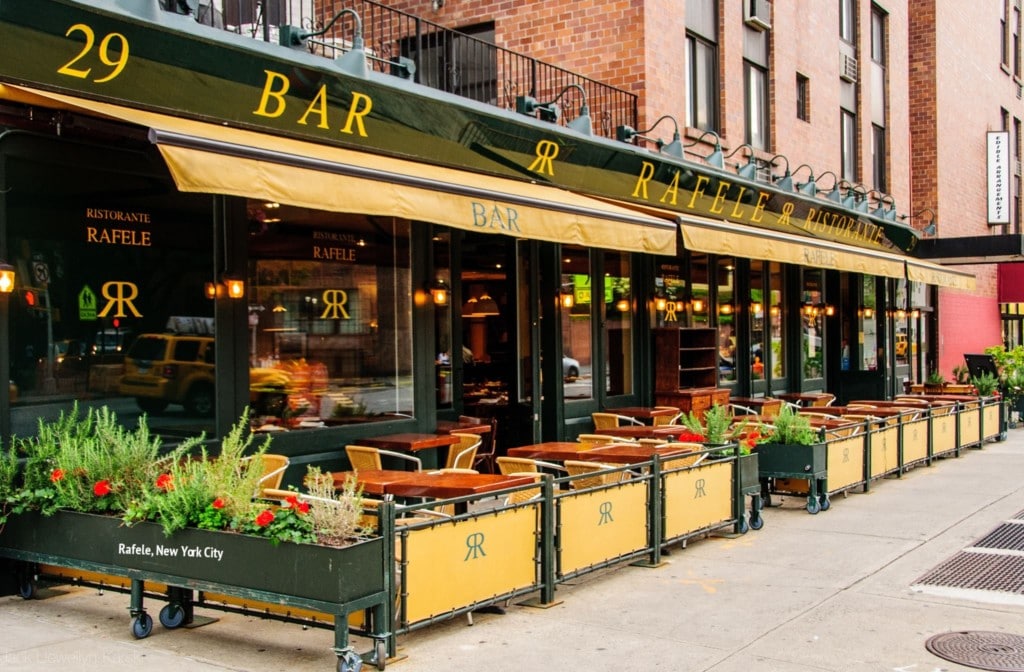 A few years ago, Raffaele Ronca and Romeo Palmisano, a longtime friend and fellow native of Naples, began discussing the possibility of one day opening their own restaurant. Their idea was one that would avoid the clichés of traditional Italian cuisine and instead feature exquisite delicacies inspired by their beloved Naples.

Working together with a unified vision they planned every detail, from the eclectic menu of regional Neapolitan favorites and fresh daily made pastas, to various meat dishes, fresh delights from the sea and a renowned wine list.

With an unwavering dedication to create a welcoming culinary experience, special touches such as weekly fresh flower arrangements were a must-have in the décor planning. The result of their hard work was realized in the summer of 2012 with the opening of their debut restaurant, Rafele.